CBD for cancer patients: Here’s what we know!

Cannabidiol (CBD) and CBD-based products are getting more and more media coverage, specifically focused on its benefits for patients suffering from various types of lung cancers. We know there are many inspirational or plausible real-life stories of people advocating this substance as a miraculous cure for cancer, but in order for us to figure out how much of it is actually true, as always, we need to look at the factual evidence, which, in this particular instance, is fairly limited. We know that we have a good amount of cases where CBD appears to be having positive effects on lung cancer patients, but from a scientific point of view, there is simply not enough research done to be able to confirm or deny the positive effects of CBD on lung cancer patients.

What is CBD oil and how it works?

In order for us to understand how CBD could help improve lung cancer patient’s condition we first need to understand what CBD is and how it works. Cannabidiol is one of the two most prevalent active ingredients of the cannabis Sativa plant, the other being THC, or tetrahydrocannabinol, the psychoactive part of marijuana. Now, it’s important to note that CBD, by itself, is not a psychoactive compound, although, if a lab produces both CBD and THC products, cross-contamination can happen and certain CBD-only products may have trace amounts of THC. In any case, not enough to experience the psychoactive effect or “high”, the same way that marijuana or a THC-based product will.

Research on CBD oil and cancer

While animal studies support the idea that CBD oil has a positive influence regarding the growth of tumors or even lead to cancer cell death, malignant or otherwise, human studies are still underway, and it’s way too early for a conclusion to be drawn.

However, based on experience and real-life stories of people who struggled with lung cancer, along with some limited research, cannabinoids appear to be an effective complementary treatment. Given the fact that standard cancer treatments such as chemotherapy and radiation are known to produce quite a few side effects, such as nausea, poor appetite, vomiting, fatigue, and neuropathic pain, CBD-based products seem to be helping alleviate some of those effects. Other symptoms and conditions that appear to respond very well to CBD oil treatment include anxiety, depression, and insomnia.

So far, there are no FDA-approved CBD-based treatments for cancer. The only CBD product that has been scientifically proven and approved by the FDA is Epidiolex and it’s used exclusively in the treatment of certain forms of epilepsy.

How safe is CBD oil for lung cancer patients?

According to the World Health Organization, there is no evidence of CBD oil use leading to any health-related issues. We can say that CBD-based products are generally safe, but there are a few side effects that certain people may need to be aware of, especially if they are on medical treatment, as there may be certain interactions happening. In any case, there is still a lot to learn about CBD, so people should let their doctors know if they plan on starting a CBD treatment. Side effects may include:

Also, cannabinoid receptors have been found to react differently than other drug receptors, and since it does not have the same effect on the nervous system as other sedative compounds do, CBD does not seem to have a lethal dose.

Could CBD be a viable cure for cancer?

Although scientific evidence regarding CBD oil use as a treatment for cancer is not exactly conclusive yet, we do know that many lung cancer patients turned to CBD oil for pain management and to help ease their symptoms when no traditional medical treatment seemed to be working.

One of our clients, Daniel, has been battling lung cancer and followed the conventional cancer treatments, but he also used CBD oil, recommended by an old friend, here is what he stated ”After being given one to three years to live, I did some research about CBD oil and started using it. My next round of chemo seemed easier than the ones before, with almost no vomiting and nausea.”, said Daniel a lung cancer patient and client at Environmental Litigation Group P.C.

Many lung cancer patients reported that they feel better and they continued using the CBD oil, whether that was a direct cause of their CBD oil treatment, we can’t say yet, but it’s definitely an option worth exploring.

Environmental Litigation Group, P.C., is an Alabama-based environmental law firm offering legal representation to cancer victims exposed to hazardous chemicals in an environmental or occupational setting, with a strong focus on asbestos exposure. 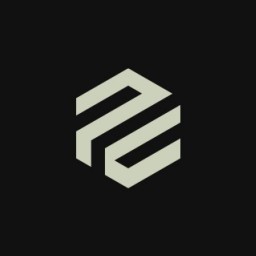