The not so brief history of cannabis prohibition

Now that politicians and the public are taking a more objective look at cannabis, the legal history of the plant and how it ended up in the category of drugs deemed most dangerous by the federal government (Schedule I) has gained new popularity. This blog is devoted to the history of hemp prohibition, although the history of hemp and marijuana prohibition become washed together due to federal laws and policies treating them as the same thing.

Prior to the 1800s, it was prevalent to see hemp products as mainly paper and textiles. After the invention of the cotton gin, hemp became a forgotten fiber because cotton was much more comfortable and cheaper to produce for textiles. In the early 1900s, George Schlichten introduced the Hemp Decorticator. This invention was going to revolutionize the hemp industry, making it much easier to process.

Soon after, negative propaganda skyrocketed about the cannabis plant. Billionaire and media tycoon W.R Hearst fabricated stories in his newspapers about this new drug called “marihuana.” Before his articles, marijuana was never used as slang for cannabis—Hearst intentionally did this to demonize this plant with a new name. This led to a propaganda movie in 1936 called Reefer Madness, which portrays cannabis as the most dangerous drug in the world. So, why such an extreme effort to criminalize the cannabis plant? Not only did W.R Hearst own the largest newspaper company at the time, but he also owned many acres of forest that was used to create his papers. He wasn’t the only one trying to protect his interests. In the 1920s, DuPont invested heavily in synthetic fibers and also saw hemp as a threat. Not to mention, DuPont produced chemicals for processing timber into paper.

Things got even worse in the early 1930s after Harry J. Anslinger was appointed the first commissioner of the Federal Bureau of Narcotics, which is known today as the DEA. Anslinger supported Hearst’s outrageous stories about cannabis. After nearly a decade of negative stories about cannabis, Anslinger proposed the Marijuana Tax Act to Congress, which was passed on August 2, 1937. The Act did not itself criminalize the possession or usage of hemp, marijuana, or cannabis. But included penalty and enforcement provisions to which marijuana, cannabis, or hemp handlers were subject. Views of drugs changed in the mid-1960s with increasing reports about a new type of marijuana smoker: college students. Along with uppers and downers—the amphetamine and barbiturate pills that had become ubiquitous through nearly every segment of American society—journalists found that the sons and daughters of America’s middle class were taking to marijuana. The pronounced expansion of marijuana use among youth in the 1960s had no single cause. In the sweet-smelling haze, observers saw only mutiny against the values of the previous generation and the War in Vietnam. For many youth, smoking pot seemed like harmless fun, perhaps just a little more fun because it was against the law. The mild pleasures of the drug itself seemed to refute the logic of the laws against it. By 1965, the epidemic of drugs on campus occupied the front pages of newspapers, but neither journalists nor legislators had any enthusiasm for locking up America’s best and brightest for what seemed like a trivial offense.

Elected to the presidency in 1968 on a promise to restore “law and order” to a nation jolted by riots, protests, and assassinations, Richard Nixon aggressively recruited journalists and media executives to participate in what he declared would be a War Against Drug Abuse. The Marijuana Tax Act of 1937 was replaced with the Controlled Substances Act in the 1970’s which established Schedules for ranking substances according to their dangerousness and potential for addiction. Cannabis was placed in the most restrictive category, Schedule I, supposedly as a place holder while Nixon formed The Shafer Commission to give a final recommendation.

The Shafer Commission declared that marijuana should not be in Schedule I and even doubted its designation as an illicit substance. The report, which was released in its final form in 1973, called for an end to criminal penalties for marijuana possession and an end to the government’s anti-drug education efforts, which the report decried as wasted money. White House tapes recorded Nixon pressuring Shafer to reject the committee’s findings, and the president refused to receive the report in public. Nixon discounted the recommendations of the commission, and marijuana remained a Schedule I substance. Despite Nixon’s unyielding anti-marijuana stance, during the early and middle 1970s, there was a growing consensus that criminal punishments for pot were contrary to the public interest; and medical and legal authorities were disputing the logic of harsh anti-marijuana laws.

During the Reagan administration, the White House spearheaded an extensive anti-drug media campaign that was soon joined by nonprofit and independent groups. Ronald Reagan had opposed decriminalization of marijuana as governor of California and, as president, showed no sympathy for drug use or users. Prompted largely by fear over crack cocaine, Congress passed three major pieces of anti-drug legislation during the 1980s, each more punitive than the last. In 1986, Reagan called for the implementation of drug testing to ensure that schools and workplaces remained “drug-free.”

Soon after the election of her husband, First Lady Nancy Reagan took on the mission of spreading an anti-drug message, unveiling her “Just Say No” slogan at an elementary school in 1982. In the years that followed, Nancy Reagan recited the slogan at rallies and public appearances across the country, in public service announcements designed by the Ad Council, in thousands of billboards, and on dozens of talk shows. The Drug Abuse Resistance Education (DARE) program, which brought police into schools to lecture against drugs, was also founded during this period, as were clubs in many schools that enticed pupils to sign anti-drug pledges. In 1996, California became the first state to approve the use of marijuana for medical purposes, ending its 59 year reign as an illicit substance with no medical value. Prior to 1937, cannabis had enjoyed a 5000 year history as a therapeutic agent across many cultures. In this context, its blip as an illicit and dangerous drug was dwarfed by its role as a medicine. Opponents of medical marijuana regulations claim that there is not enough research to warrant medicinal use, but supporters of medical marijuana point to the 5000 years of history where cannabis was widely used as evidence for its medical efficacy.

The hemp industry in the U.S. received a boost with the passage of the 2014 Farm Bill, which allowed “institutions of higher education” and state agriculture departments to grow hemp under a pilot program as long as state law permitted it. Additionally, the 2014 bill established a definition of industrial hemp, officially setting the THC threshold in the U.S. at 0.3 percent on a dry weight basis.

On December 20, 2018 President Donald Trump signed into law The Agriculture Improvement Act of 2018 – or as we know it, the 2018 Farm Bill. The bill confirms the legalization of hemp and provisions for its cultivation, transport, and sale. Industrial hemp and its derived products are now legal on a federal level, and states may choose how to move forward

Cannabis often inspires giggles, but marijuana prohibition has serious implications. About 800,000 Americans are arrested annually for marijuana offenses, mostly simple possession. Few wind up in prison as a result of a first offense, but this encounter with the criminal justice system can have serious consequences, including the loss of eligibility for federal student financial aid and subsidized housing. Plus, all taxpayers contribute to the billions of dollars a year required to enforce anti-marijuana laws and punish the offenders.

Over the past few decades, it was possible to joke about weed in the media—there were of course still Snoop Dogg, Willie Nelson, and Cheech and Chong—but decades of intense anti-drug propaganda have made it awfully hard for anyone to credibly support something called “drugs.” It is fascinating to note that today’s legalization efforts have largely succeeded not by trying to shift attitudes about drugs, but by redefining marijuana as medicine and by focusing on the economic and social costs of pursuing legal action against cannabis.

Federal legalization seems likely. Since the beginning of the 21st century, there have been persistent links between political platforms on cannabis policy and efforts to influence public opinion in order to gain votes. According to Gallup, 86 percent of Americans now favor legalizing cannabis. The firm has recorded a sharp increase of pro-legalization majority in recent years, especially compared to when it began asking the question in 1969. 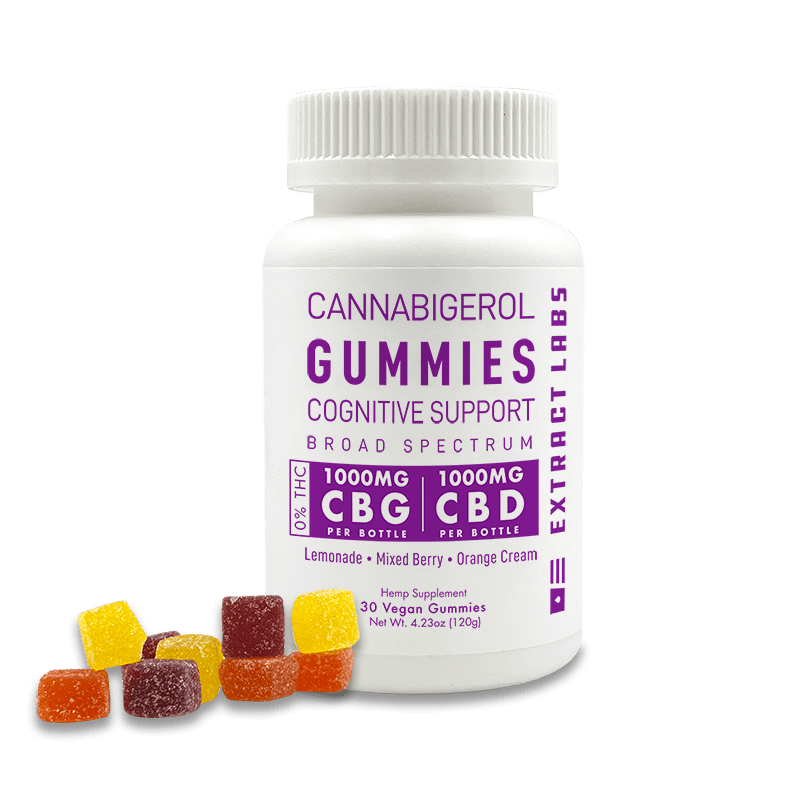 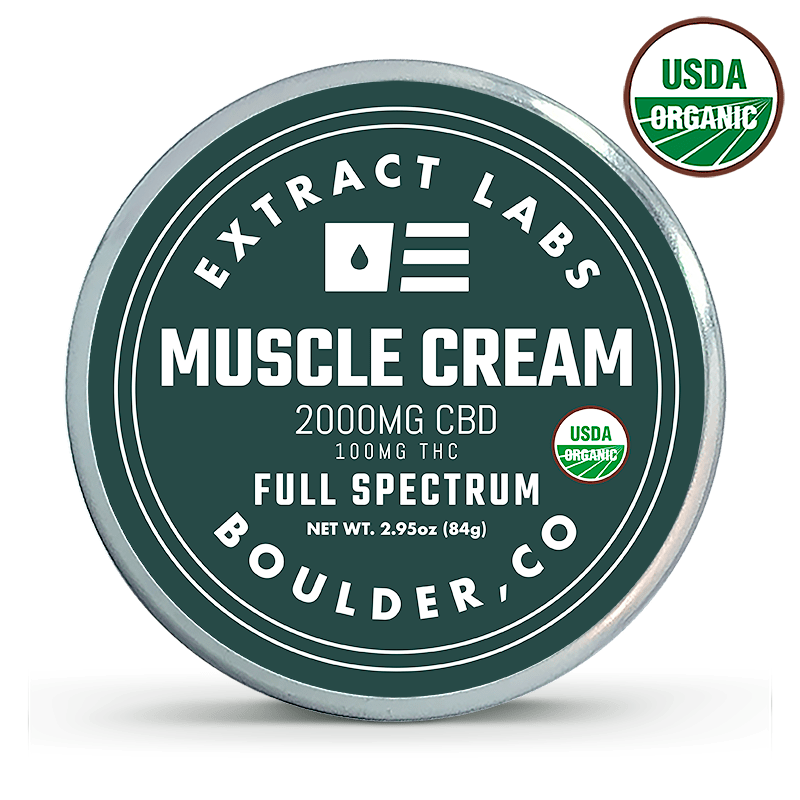